to the home of Cross Point Volleyball Club 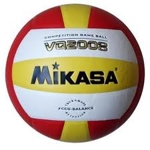 The 16s team opened up the year with two tournaments.  After playing hard, but coming up empty-handed in their first tournament, the team practiced hard and played solid volleyball which resulted in a 2-1 pool play record in their second tournament.  Despite falling behind early in each set, the girls played resilient volleyball to rally and win.  Throughout the first month of tournament play, Coach Wes' 16s team has grown and matured together and they are excited to get back on the floor for their third tournament on Saturday, Feb 20th.